A judge is considering whether a lawsuit challenging Santa Barbara’s short-term vacation rental ban should be tossed out on the grounds that, according to the city attorney, it is a frivolous attempt to stifle free speech.

Attorneys for Theo Kracke, owner of the vacation rental service Paradise Retreats, argue in court papers before Ventura County Superior Court Judge Mark Borrell that the California Coastal Act of 1976 mandates that cities in the coastal zone take steps to ensure low- and moderate-priced visitor accomodations with access to beaches.

See the full article at Newspress.com or in the Friday, March 3, 2017 edition of the Santa Barbara News-Press. 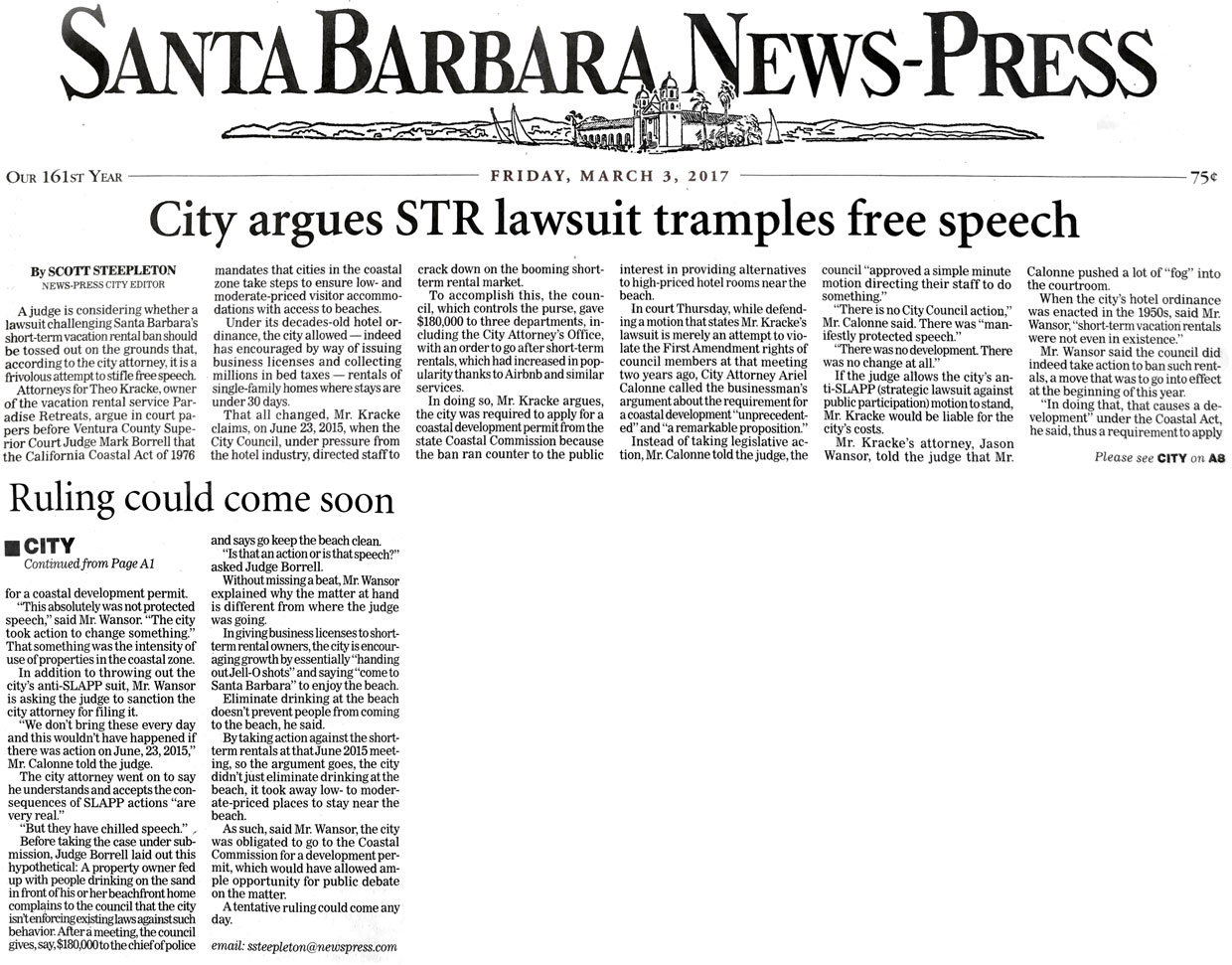 In past actions, the Coastal Commission has found that vacation or short-term rentals, including those in residential zones, can provide an important source of visitor accommodations in the Coastal Zone. In some instances, residential short-term rentals may provide a lower cost alternative to renting hotel or motel rooms, especially for large families or groups of individuals.

For the full text of the Coastal Commission’s letter to the Board of Supervisors, please see the PDF link below. 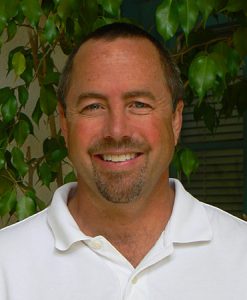